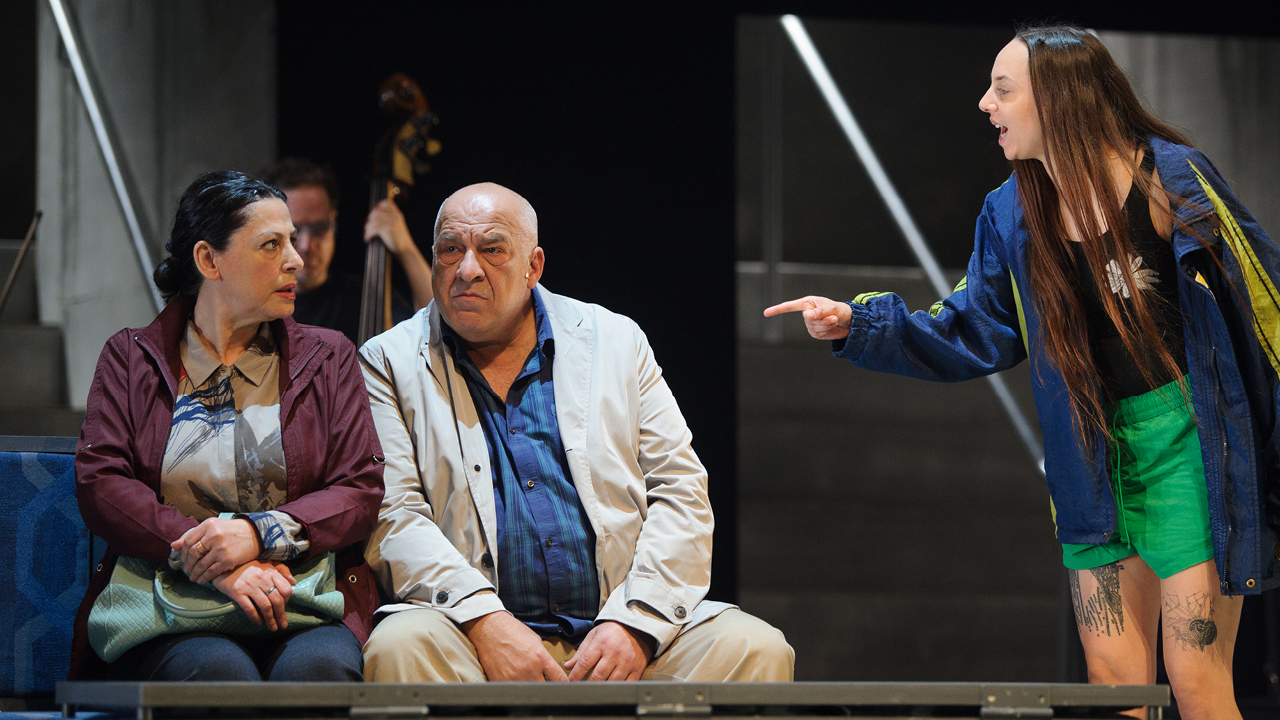 Twenty-one years ago, four playwrights and a composer came together to create Who's Afraid of the Working Class?, a powerful, critically-acclaimed portrait of Australia in the Howard era.

While Who’s Afraid of the Working Class? gave voice to characters and individuals clinging to existence in the margins of society, after a series of decades where the Australian populace radically transitioned from mostly working class to mostly middle-class, Anthem casts its net wider, looking at what divides and unites us as a country in 2020, and whether we truly do “sing with one voice”. The answer, resoundingly, is no – we do not.

Over four interwoven vignettes, the writers take us inside four stories of characters you could encounter on any public transport journey: an overworked, minimum wage, gig-economy couple planning a Bonnie and Clyde style rampage of revenge against neoliberal capitalism; a sophisticated Louis Vuitton and Chanel toting woman who has been reduced to homelessness by divorce, gender and a lack of financial independence; and Christos Tsiolkas’s contribution, which explores sibling tensions when a successful brother returns from overseas to try and “better” the lives of his family.

The Guardian called it “tough, funny theatre with an urgency to its purpose and no comfortable answers. It can’t say everything about modern Australia, but what it does say rings true.”